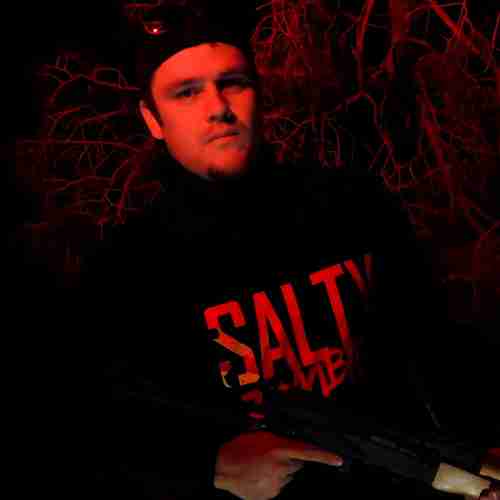 His name is TEXECUTIONER, but most call him TEX. He is a Farmer, Firefighter and EMS, Musician, Audible books lover, happy husband to a beautiful woman, and the proud father of 3 exceptional children. He went to college for a degree in Computer Science but ultimately dropped out to pursue farming with his father and younger brother. His family farm was established in 1901 in the great state of Texas and has produced everything from cotton, corn, wheat, sunflowers, and soybeans, to becoming one of the largest producers of quality Alfalfa hay in the Texas panhandle.

TEX discovered Salty Zombies while looking for a 7D2D server to play on with a friend and never turned back. Like a total noob, he drop-mined, was killed repeatedly by zombies and other players, brought a bow to a gunfight, and got his butt handed to him by Namsaknoi in a PvP stream event. Since then, he has learned always to keep his guns loaded, wear heavy armour, and keep his enemies heads on a swivel. Coming from the abandoned console version to alpha 19 on PC was a rude awakening, but it has been some of the best experiences he’s had in 7 Days to Die.

WHAT DOES TEX DO?

TEXECUTIONER is the first PvP moderator for Salty Zombies PvP casual. He keeps an eye on chat and helps players when they run into trouble with the game. In addition, he is constantly dreaming up new ideas to enhance the Salty Zombie server experience further and enjoys sharing them.

His favourite game genre is survival/crafting/building, and he loves learning how to build creatively. Besides 7 Days to Die, he enjoys playing RUST, Elder Scrolls, Fallout, Star Citizen, Mass Effect, Conan Exiles, SCUM, and many more.

When he isn’t gaming, his hobbies include photography, writing music, woodworking, general tinkering, backyard fire pit gatherings, and blowing stuff up with Tannerite.