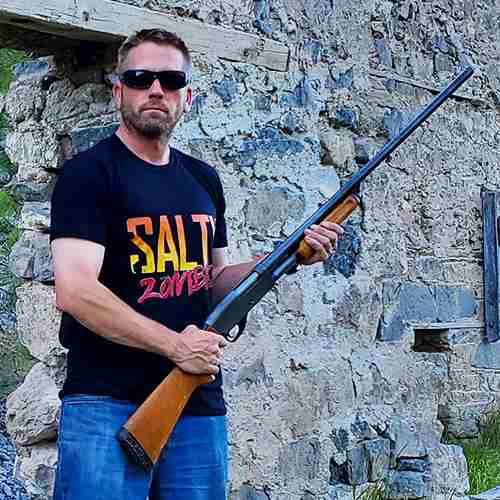 One Angry Soldier is a veteran of the United States Army, 101st Airborne Division (AASLT), Field Artillery. He has been a gamer all his life, ever since his hands were big enough to hold a console controller (Atari to start, then NES – when it was the new big thing). Eight months after enlisting in the Army, he watched the 9/11 attacks live alongside his fellow soldiers, knowing what would be in store for him.

The closer time came to deployment, the more he prepared himself. Finally, President Bush appeared on post and gave a speech to all the soldiers of the 101st Airborne Division. One Angry Soldier then shook hands and had lunch with President Bush. He was one of the first US soldiers to roll into Iraq after waiting in convoy during the bombing.

While in Iraq, he played video games during his downtime to help pass the time. After getting back home, he continued his gaming as a form of therapy for his PTSD, which has helped him immensely. He plays for fun, enjoys helping others, and posts videos on YouTube on occasion, streams on Twitch. So keep your eye out to catch his streams.

One Angry Soldier used to be a moderator on our 7 Days To Die PVE PRO Server. Unfortunately, he had to pull double shifts at work during the pandemic and couldn’t be online much. The few times he could get online, he was hounded by players asking for his help. We found it best to let him go till his work had settled down. He still plays and streams on our servers but as a regular player. Soldier is way happier now that he can play the game he loves undisturbed.