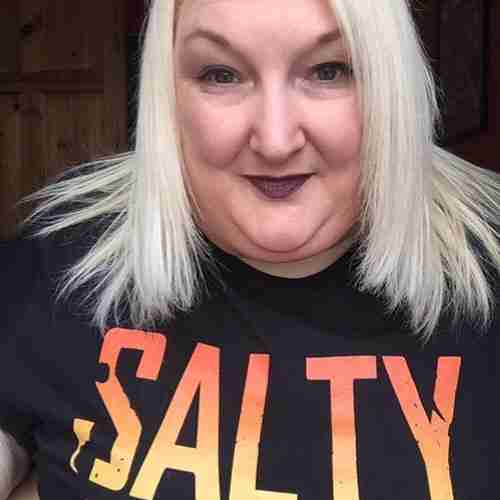 Hey there, I’m Miss Galatayia. You can find me moderating and playing on the PVE European pro and casual servers. I was first introduced to the world of video gaming around the age of 7 when I was bought an Atari 2600 for Christmas. It was because of games like Frogger, Pac-Man, and later, Dizzy, Zork and Final Fantasy that my love for gaming (and Chocobo racing) began, and it never stopped.

Ok, I don’t actually Chocobo race so much these days, as I learnt to drive, lol! My favourite games tend to be RPG and Survival games, but you can’t beat playing games like Human Fall Flat or Goat Simulator (come on… who doesn’t love a robot goat). So, during the three years playing Fallout 76, I became a Master in the art of post-apocalyptic survival, and it was here, I met Robmac and PurpleJord roaming the wastelands. They told me about ‘7 Days to Die’ and of the Legendary ‘Salty Zombies’ servers… the rest, as they say… is history.

I’ve been playing on 7D2D since September 2020. The Salty Zombies community very quickly became a big part of my everyday life. Everyone was so welcoming, supportive and there was a real sense of team spirit and friendship. I love seeing people work together on new projects. As a Mod Recruit, I encourage people to take on challenges, whether building a community base, racetrack, DC Build or seeing people team up to quest or fight for survival on horde night.

I’m so proud to be part of the team and help people enhance their gaming experience on Salty Zombies. When I’m not gaming, which isn’t very often, I enjoy spending time with my family. I have one daughter who’s grown up and two dogs Aurora and Xena. I work for a Local Housing Association as part of the HR, Facilities and H&S team. I’ve also done a lot of care work in the past and voluntary work too. So I enjoy helping people out and being part of a team.

I enjoy History, Visiting Castles. I also love travel, especially to the USA, Las Vegas and Lake Tahoe.
I look forward to continually supporting the Salty Zombies Team, Players and Friends, as both a moderator and active player on our servers. In the event of a Zombie Apocalypse, you know where to find me!