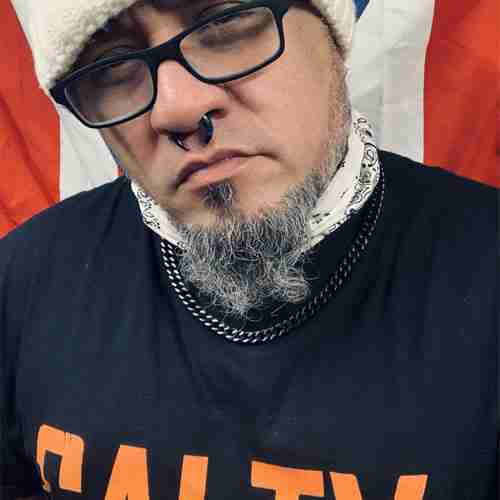 me.SiLlY, aka SiLlY. As referred to by most in our community, he likes to consider himself a 7 Days To Die officianado! Having played 7dtd since its early access days on PC/Steam and then continuing on console (PS4). He’s been in the game since its conception. When the console version died, he returned to PC solely because of his love for the game. Like most who find us, Silly was bored of poorly run 7 Days To Die Servers. Then he stumbled upon Salty Zombies and hasn’t looked back since.

SiLlY has been in the gaming scene most of his life. From running servers in his home, 4U racks in his bedroom closet and all. A nerd of nerds! From the days of Quake III Arena, he competed, contributed and even organized his own Lan competitions, which took him all over the country, competing in Q3, Unreal Tournament, Counter-Strike and RUST. A true gamer at heart. He frequently mentions how honoured he is to be part of our team. So it only made sense he became a moderator for our 7 Days To Die PVP Server.

Born a New York native from the Bronx. SiLlY has grown to appreciate the little things in life. He is blessed with three kids, his own business and a passion for gaming with no end in sight. He enjoys and loves the people he allows to surround him, showing his willingness to help, teach and spread good times. His name is no coincidence, as, at times, he can be quite the clown. Good guy indeed.