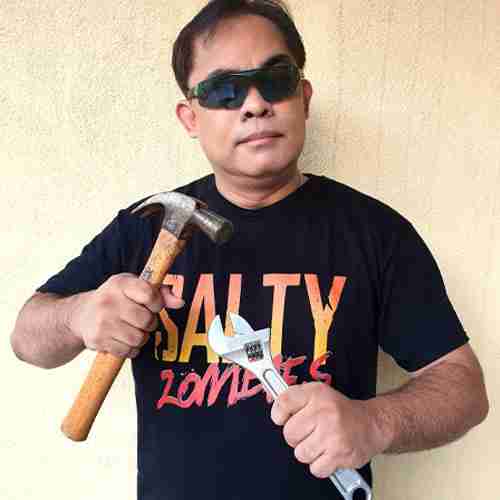 A hobbyist by heart, Kudram enjoys playing interactive games, like tabletop games, role-playing games, collectable card games, and video games. He prides himself on having a modestly-sized collection of board games, owning several MTG Commander decks, and maintaining a long list of games in his Steam and Epic Games library. Weekends are never dull, but with so many options and not many people to play with when he wants, he often ends up just staring at them while enjoying a glass of Irish whiskey by his side.

There’s also D&D. He’s been playing since he was introduced to the 2nd edition (AD&D), where Kudram the Barbarian first appeared as Human Fighter with 18/99 STR. Many years later, in his current campaign, his party is trying to rescue his Satyr Sorcerer/Warlock, whose soul was imprisoned when she drew the Void card from the deck of many things. Because if nothing else, Kudram has abysmal luck when it comes to games of chance.

Kudram also enjoys playing online games, especially MMORPGs. He’s played Asheron’s Call, RF Online, and World of Warcraft. Today, he mostly plays Elder Scrolls Online when he needs that fantasy RPG fix. It was ESO that introduced him to gaming communities and platforms like Discord. And that’s how he came to know about Salty Zombies. He was essentially looking for more people to play 7D2D with regularly–because he was too afraid to play this game all by himself.

He found a great community here, led by good people, and never looked back. After over 2,000 hours of gameplay, he feels he’s learned a lot about the game and the community and decided to share and help others joining the server. He’s even more excited about the new games we have available. You’ll find Kudram mostly in our PVE Asia Server or inside Minecraft. Occasionally, he will pop in and out of Empyrion and Valheim. Hopefully, he gets over his trauma of being eaten by a baby raptor in ARK and plays that too.