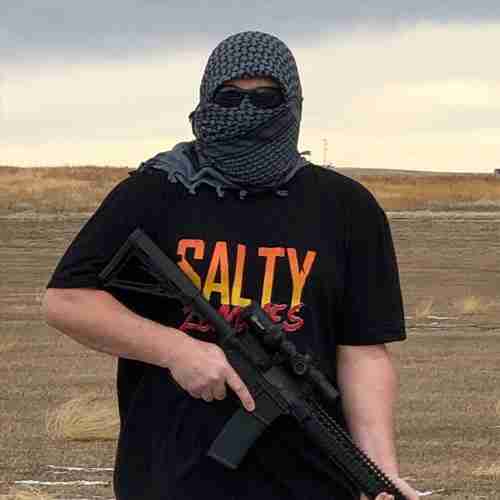 My name is (you guessed it) Justin. I first started playing 7 Days to Die back during Alpha 17’ish but only played for a while. I played off and on since then and about nine months ago when I started playing it full time. In searching for a better 7 Days To Die Server, I came across Salty Zombies and have stayed ever since. I have been into video games almost my entire life, and I still have every console I have ever owned (even my 2 Atari 2600s)! I have never sold a single video game that I have acquired (even the ones that ended up being terrible, ET for the 2600 comes to mind). Before starting 7 Days 2 Die back up, I played a lot of Conan, Borderlands, RUST, SCUM and DayZ.

Shortly after Salty Zombies and getting out of the Starting Area (after reading the walls and figuring out how to get out!), I met a couple of players who gave me some stuff to start with. Not long after I met Kraag, while we talked about my experience on the server so far, he explained the most important rule, the rule I try my best to follow and instil in others “Don’t be a D@ck.” This means your fun shouldn’t ruin anyone else’s fun!

About The Real Justin

I have had a lot of really cool jobs in my life. I was a bouncer for over 10yrs, went through Culinary School, worked as a Professional Chef for ten years, and was an Engineering Technician and Superintendent on Site for a Precast Company. One of my favourite projects I worked on was the erection (Yes, I said erection!) of the control tower and building at the Air Force Academy. I also worked on other cool projects for the Air Force/Military; this allowed me to work in places most civilians, let alone enlisted personnel, would ever get to experience firsthand. All that came crashing when I was injured on the job.

After playing with Kraag and everyone else on that map, I knew I had found where I wanted to stay. But, of course, it hasn’t always been a smooth ride. But as a whole, they have always looked to do what is best for the entire community. As a moderator, I hope to continue to look out for Salty Zombies and its fantastic community of players, moderators, admins, and owners.