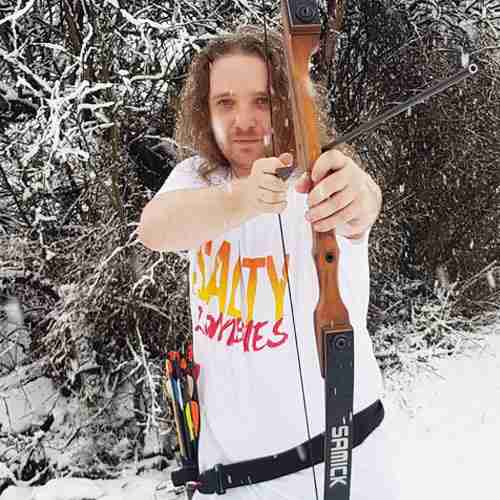 Purple Jord is one of our moderators for our 7 Days To Die Servers, specifically the UK PVE server.

I am Purple Jord, my name is Jord, and just in case you didn’t guess, my favourite colour is purple. I started playing 7 Days To Die years ago when it first came out on console, and it was love at first sight. My first time playing the game, I stayed up all night with some friends building my very first base. Nothing fancy, but we cleared a cemetery poi and replaced the ground to start a small farm. For me, it was the beginning of a long-lasting love affair.

I had racked up many hours on the console version within a few years before finally admitting defeat. But unfortunately, the console version was too buggy and glitchy, so I bought myself a PC, and yes, it is the only reason I own a pc, and I have never looked back. Although the differences between console and pc are remarkable, the best addition for me was the new vehicles, as I loved building racetracks.

I first joined salty zombies because building racetracks was fun, but not so much when I didn’t have anyone to race them. After only a few weeks of playing Salty Zombies, I soon realised that there are no actual racetracks in the 7 Days To Die world, so I decided to build the first version of the Red Rocket Raceway. It was a simple track, 1 LCB in size and seven floors high. However, I soon realised it needed some cool features like traps that required an extensive electricity system. It would be too much for me alone, so I enlisted the help of my long-time friend robmac33. Together we finished the very first red rocket raceway.

Our next raceway was a true labour of love situated over more than nine land claim blocks and 100 blocks tall. Organising the electric system had become a full-time job for RobMac, with an astonishing 20 solar banks full of cells and what must have been 50 miles worth of wiring. Luckily, the red rocket raceway team had grown from this point. The squad was fantastic, but so was everyone in Salty Zombies. The reason I keep playing the game is not just to build a fancy race track. It was the community of people that Salty Zombies have made.

It is hands down the best group of friendly players I have ever met in any game. So I will finish this by saying your guys and gals rock. Keep on being awesome!