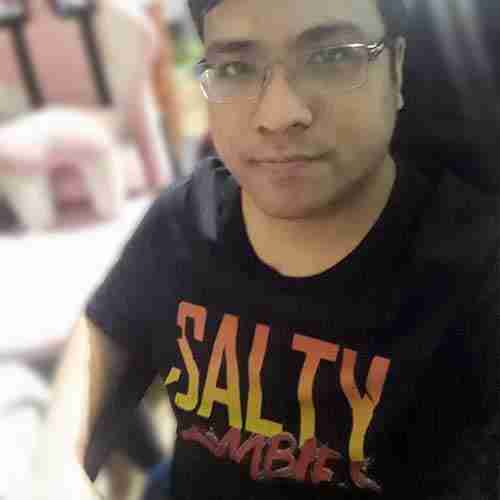 Chicklet, at first, seems like a simple guy, born and raised in the Filopeans, married with a steady job working from home. His favourite colour is blue, and he has two Chihuahua dogs. But yet, Chicklet holds a secret, a secret past that no one would even have the slightest incline that to guess.

Chicklet is or used to be a world-class assassin working for the Araneta Family, the biggest organized crime mob in all of the Filopeans. Rumour has it, his death count was already in triple digits before he was 19.

Chicklet retried from being a Mafia hitman in December 2020 when he saw Namsaknoi stream 7 Days To Die on Twitch. He immediate bought the game and started playing, and within less than one year, he racked up nearly 4,000 hours. Gaming isn’t a new concept for Chicklet, though. He has been gaming for over 20 years, using it as a pastime between assassination jobs. His first game was Command & Conquer Red Alert, but he has a deep history in games like WOW and Minecraft.

“gaming is a great way for me to relax and calm the nerves both before and after work”.

Chicket’s first time playing 7 Days To Die was on Salty Zombies’s new Asian server. He enjoyed helping other people in the game and quickly rose up the ranks into the Senior Mod position. He is pretty much holding down the entire Asian department solo.