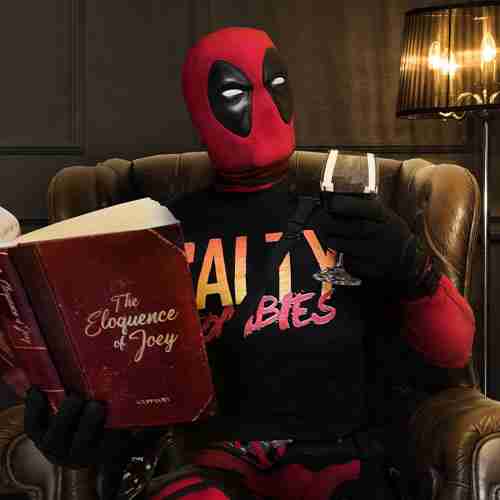 As the resident mild-mannered Vegan Canadian on the team, aCuppaJoey spends his time “clubbing” with rule-breakers in the PvP Jail. However, when he’s not bashing in brains, he spends his time in the world of cosplay and art. In the real world, aCuppaJoey is a Creative Director and former video game developer. After a few years at Ubisoft working on games like Splintercell: Blacklist and Farcry 4, he moved on to the world of marketing and moonlighting as a costume creator. aCuppaJoey has been creating and selling props and costumes for the better part of a decade and has shipped his products all over the world. Some of his most iconic pieces are weapons and props from the popular FPS Overwatch. If you want to know more, feel free to shoot him a message.

With years of gaming experience under his belt, aCuppaJoey was introduced to 7 Days To Die, now referred to as his “mistress” by his wife. After spending thousands of hours on the Salty Servers and creating massively intricate builds such as Minas Tirith and Hogwarts Castle, he was noticed by a few of the admins and asked to Moderate the PvP server.

aCuppaJoey doesn’t just make games though, he loves to play them. Anything from long single-player campaigns to fast-paced shooters are on his list of quality ways to spend his time. Just be on guard though, games are not all he’s passionate about. aCuppaJoey fancies himself a bit of an animal rights activist and won’t hesitate to jump into a hard-fought debate about animals and veganism… you’ve been warned. But, don’t let that scare you away! Just spark up a conversation about the wonderful wizarding world of Harry Potter, and he will be your best friend!