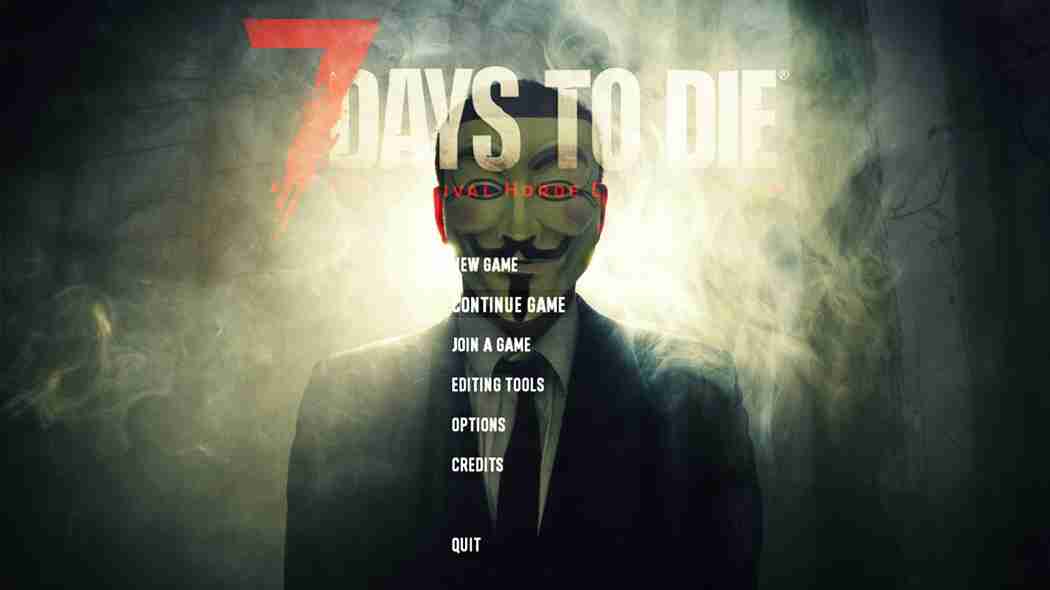 7 days to die Hacks… The end of game as we know it?

So, I get this phone call at 3am this morning from one of the admins telling me our 7 Days To Die Servers have been hit again by hackers. This is probably the 10th attack in the last month and the frequency is only increasing. And it’s not just us at Salty Zombies either, they are attacking everyone, but they are primarily targeting the most popular servers for maximum number of tears.

Now we not talking about the types of hackers that use wall hacks or aimbots to help them win a game of warzone, pubg or apex legends. Because at the end of the day when you come across hackers in these battle royal games what do you lose? Nothing really, those games only last 20 to 30 minutes start to end. You just lose that battle and you go onto the next one and the next one. Nor do they come into your server just so they can use the hacks to spawn in a couple stacks of iron or help themselves to some extra ammo or armour.

No, when these hackers come into your 7 Days To Die server they just have one thing in mind and that’s the uta annihilation of all your hard work. And you don’t lose a 20 or 30 minute battle royal game, you lose 100s and 100s of hours of work. Now multiply that by 120 to 150 people on 1 server and then multiply that again to the 30+ servers consistently under attack.

How are they destorying servers?

They can do this in many different ways, like spawning in the admin gun and shooting your base apart bit by bit. Or using the terrain tool to remove the terrain under your base dropping it completely. They can even reset entire regions losing 20 or 30 bases in an instance. Give them a solid 10 minutes and your entire map is wiped out.

How are they able to do all these and have such unlimited access? I dunno something to do with the Fun Pimps net code, not gonna pretend I have the slightest idea but the modding community do. After them sifting through log file after log file of attacked servers, they had a good idea of how it was happening and presented this information to the fun pimps on their official forms.

The entire thing was dismissed by Allocs one of the TFP members saying they needed more evidence, and this shouldn’t happen to EAC enabled servers.

The Invasion on Fubar Primes Stream

So that was the end of that, they refused to acknowledge this was a thing and everyone continues to just get invaded by hackers. I decided we needed to try and let the senior members of the TFP know about this. Surly they won’t dismiss the fact that 1,000 of their customers are getting screwed over every day. It just so happens FuBar Prime was going to be streaming the first showing of the new features coming out in A20 along side Joel. So, I decided to join the stream and ask if they were aware of this issue. But looks like I wasn’t the only one who had this idea and Primes stream got bombarded with Hacker victims.

Now you see in the 40 off minutes Joel was in the stream they acknowledge it 3 times because there was that much concern about it, seems to me there was more concern for the hackers raiding everyone then there was exciting to see the new A20 features. Surely this has to make them realise that maybe this is something they should be jumping on ASAP.

Also, take a quick look at the end of this stream where Joel was trying to read the comments and answer some of the A20 questions but instead was being spammed with Hacker Information… It looks like he just got tired of it and left the stream early. Its sad because I know him, and his team work hard on the game and these types of streams are supposed to be positive and exciting times for not just us but for them too… But that wasn’t the case here.

Back to the offical Forums We Go

So as suggest by Prime, we head back to the official forums with another post about the hackers again another reply from allocs just saying “Prove it” and then Roland steps in with a comment which kinda makes me realise why this issue isn’t getting the attention it needs.

Roland says in a nutshell “This is a You problem, we develop a game if your servers are under attack, that’s not on us.” He even goes on to say “There will be plenty of people enjoying single player and closed group servers. Which I am not sure what he means because hackers can bypass password protected servers, they can reset XML files so bans and whitelists are wiped. In essence, anything online is touchable to them.

Now what I feel perhaps they are missing is the bigger picture. That’s because no one at the Fun Pimps knows or does marketing in anyway shape or form. I bet if I asked any of them key marketing strategy is helping them grow the most, what are they doing that reaches out to new customers every day and increases the sales. None of them would be able to answer.

They don’t know how or why the game keeps getting more sales, it just does, so they get an income and they keep developing the game. The only form or marketing they have which is not something they do but something they have, is word of mouth. Which just so happens to be the most powerful form of marketing.

That’s you, that’s me, that’s the multiple communities that enjoy the game so much we are recommending it to our friends and family? How many of you have even bought they game 3 or 4 times for your friends to entice them to play the game with you?

The communities and friendships that we form in online multiplier world is drug that keeps us playing. Why we are dying for a friends and family to join the team, to join this community to join this survival world. We are their marketing; we are the single and only entirety increasing their sales and it that that is at risk of being destroyed by these hackers who are ruining the online servers so easily and effortless.

Anyway this rant has gone on long enough, tell me what your opinion us, have you been effected by the hackers, have you been on a server that’s been hit by these hackers? If so, let me know in the comments below and if you want to discuss it more depth come and join me on twitch and lets chat about it… links all in the video description below.

Until then, stay dangerous