Welcome to our 7 days to die Darkness Falls server. In addition to all our other servers, we have launched a dedicated Darkness Falls one. You maybe have seen Namsaknoi streaming Darkness Falls on his Twitch page with Baptizer and Ash. The server is password protected and only available to our tier 3 and above donors on Patreon page.

THIS SERVER IS CURRENTLY UNAVALABLE!

What is Darkness Falls Mod

If you don’t know what Darkness Falls mod is but love 7 days to die, then prepared to get super excited. It’s a complete overhaul mod for the original 7 days to die game, I’m not talking like normal mods or modlets that tweak the game here and there. I mean they take the vanilla 7 days to die game and add so much stuff on top you think you jumped 10 years into the future and playing on Alpha 38.

There is so much more added like more zombies, like demon zombies that throw fireballs at you and are super tough to kill,  night stalkers that come out at night. The mod includes numerous guns, including laser guns that go up to quality LVL 8. Lots more vehicle as well and vehicle mods that not even the TFP could add to the game. Stronger crafting blocks, more workbenches, more mods, tools and the list goes on.

One of my favourite things is the wasteland biome, Khain the creator made the wasteland an end game area. All the crazy strong zombies live there and its 100% radioactive so you need a radioactive suit or some form of radioactive protection. In the waste is also titanium that you need to get for the strong blocks and tools.

Another favourite of mine on the Darkness Falls mod is the skilling system. It is the perfect combination of both improving your abilities through practice and enhancing those abilities via skill points. For example, you can improve your shotgun skills by killing zombies with it. Once you get your shotgun skills to a certain level you can then further amplify its stats with skill points. This is for everything pretty much, like it used to be in Alpha 16. And with the added class system to synergies your playing type, you really get to specialize your character.

8 The Character Classes to Choose from

The Darkness Falls mod has a class system as well, featuring 8 different classes to choose from. When you first join the game you have a book to read that chooses what type of person you were before the zombie Apocolypse. Each class or character history unlocks a unique set of skills you can use as well as unique quests to complete. For every quest you complete for your class, you are rewarded with some items related to that class. Below is more information on the classes, don’t worry though, you can craft class crafting books in-game. This allows you to unlock all classes and their specialist skills throughout the game.

The Farmer Class is pretty self-explanatory, this class deals with all the farming and food. Once the farmer quests are complete you will get access to recipes and tool that will allow you to create a farm and supply food for your team. Farming is different on Darkness Falls Mod, you need to have water within 2 blocks of your farm plot for the seeds to grow.

The scavenger class is the primary looter of the group, they have a charismatic skill that gives them better prices at the trader. They are also able to loot better quality items and find buried tressure easier. Their weapon of choice is the pistol.

The Hunter is the stealthy guy of the group, they can sneak around faster and quieter, track animals to hunt and do sneak damage. Their primary weapon is bow and hunting rifles.

The Labourer is the stay at home guy who loves to build strong and defendable bases. The labourer has the unique ability to build big and advance forges, craft titanium blocks. Their weapon of choice is base traps, from auto-turrets to bladed traps, they can craft them all.

The Mechanic Class is all about building and upgrading the vehicles in the game. Being a Mechanic allows you to build bicycles, minibike and vehicle mods early on. Their specialist weapon is the Turrets, their skill tree lets up upgrade and build them. They also are great at salvaging parts and resources from cards etc. Once you have mastered the Mechanic class you can then build Motorbikes, Trucks and the Muscle Car. Gyrocopters can not be crafted only their parts found.

The Scientist is both a medic and a crazy explosive expert. Choosing the Scientist class unlocks medical recipes and demolition items, you also more efficient with both. The weapon of choice is explosive and bladed weapons like the combat axe. Being a scientist also means you are the only one who can build advance ammunition for your gun-wielding comrades.

The Security class is an ex-cop or ex-military personal before the zombie outbreak. They are the offence and defence, specializing in Machine Guns and hand to hand combat as well as being able to build high-end armour, like military and titanium armour. They also have a skill then allows them to take less HP when being hit (Pain Tolerance)

The survivalist is exactly that a survivor that can withstand diseases and harshness of heat and cold. You are also able to use drugs more efficiently and with fewer side effects.

Other cool features included on the Darkness Falls Mod

Want to join our 7 Days to die Darkness Falls Server?

The server is PVE rules, passwords protected and open to donors only. Reason for this is that its very time-consuming managing and paying for all the different servers. If your interested in joining our 7 days to die Darkness Falls server then please join our 7 Days To Die Discord and contact one of our admin to give you the Password. 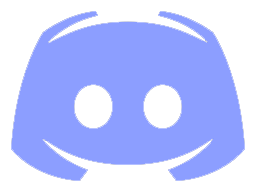 7 Days To Die Darkness Falls uses a lot of RAM, even more so than the vanilla version of the game. Being an alpha game it’s quite resources intensive already, so why not treat yourself to a couple of new sticks of RAM? Amazon is doing special deals at the moment on all computer and gaming gear. Don’t hesitate, these deals might not last long so grab a quick upgrade from amazon and increase your zombie slaying performance.

7 Days To Die Darkness Falls uses a lot of GPU power, even more so than the vanilla version of the game. Being an alpha game it’s quite resources intensive already, so why not treat yourself to a new Graphics Card? Amazon is doing special deals at the moment on all computer and gaming gear. Don’t hesitate, these deals might not last long so grab a quick upgrade from amazon and increase your zombie slaying performance.

BASIC GUIDE FOR OUR 7 DAYS TO DIE DARKNESS FALLS SERVER

Some advice when playing on Darkness Falls server. If you spawn in the wasteland run the hell out of there ASAP. The wasteland is full of end game zombies, ferals, radiated, demons etc Doesn’t matter what day or level you are, they will be there and murder you very quickly.

When you first join you have two quests to do, the trader one and your class selection quests. I would do the trader quest first, it just involved you running to the trader and talking to him/her. The Darkness Falls mod has guards all around the trader that shoot zombies on site. They are also open 24/7 so it’s a great place to bunker up for a few days or weeks. Get there and then do your class quests.

Be careful though, in the Darkness Falls mod, traders aren’t protected like in the vanilla version. You and the zombies can destroy the traders base, so a horde could destroy the entire POI. That’s why we have the rule not so live in the trader or spend horde night there. However, when I play on the Darkness Falls mod on solo or private server, its what I love to do. I always live inside a trader and pimp it out with upgrades.

General Advice when playing on any PvE server.

Salty Zombies has quite a mature and experienced gaming community, however, this is the online gaming world. You will get trolls, griefers, hackers and all kinds of straight-up assholes. These people have nothing better to do than to enjoy the misery and pain of others. So to save yourself such hardship, try to be vigilant when teaming up with others.

You will probably be fine on the our 7 Days To Die Darkness Falls Server as its only open to our tier 3 donors. These people are usually long term supporters and experienced, mature people. But there is no need to be careless, it’s against the law for someone to break into your house and steal your stuff, but it still happens. Just because it’s against our Darkness Falls server rules, doesn’t mean someone might try it. Keep all your doors, hatches and storage boxes locked and closed.

Another bit of advice I would give when playing on our Darkness Falls server is team up with someone you know well. The Darkness Falls Mod is hard and it’s quite different from the vanilla 7 days to die. Join forces with a group of people is always fun, try teaming with people who are equally active as you and can play at similar times.

Our 7 Days To Die Darkness Falls Server is protected by the same server bot we use on our PvE and PvP servers. However, there are no commands besides the /Stuck command which you can use if you get suck in the ground or glitch in the wall somewhere. The reason being is that Darkness Falls Mod is perfectly tailored and should be played as such. We also use the bot as it adds a couple of extra layers of protection.

Join in the fun and support the Salty Zombies crew. Buy some of our merch in our online shop and become a proud member of the Salty Zombies movement. All our products are of great quality and long-lasting. We also offer custom designs, if you have an idea or what your name or your crew/team name on your T-Shirt let us know and our designers will do that for you.